“…we are receiving a Kingdom that is unshakable…”
-Hebrews 12:28

Years ago the Holy Spirit spoke to me as I drove down the Interstate, “Son… if your world became smaller when you came to me, then you didn’t get the Kingdom, you only got religion.”   It was a liberating word for my skinny-hearted soul, and a foundational truth of the Kingdom.

I wasn’t even dry from my spiritual birth before religion began drawing boundaries around my world and walling things out:  “Hollywood is dangerous.” “Don’t hang out with unbelievers!”  “Secular music is a poison, and entertainment is a waste of time.”  “Draw the curtains close on the world, and stay focused on the church.”  Living for Jesus became more of an exercise in avoiding danger than a walk with my Father in the cool of the day. 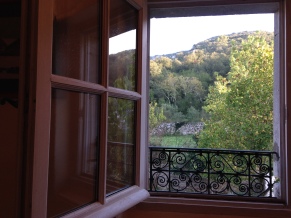 It took years of empty avoidance and the clear voice of the Spirit to reintroduce me to the world as a gift from above, from the Father of lights…  “The heavens are the heavens of the LORD, But the earth He has given to the sons of men.” (Psalm 115:16)  Beauty is His.  And Truth. Laughter, joy, the great stories of literature and film, and the wonders of friendship with believers and unbelievers alike – all these things belong to the the Father and He shares them freely with His own.  We are heirs of a vast and glorious Kingdom !

“Now if we are children, then we are heirs–heirs of God and co-heirs with Christ, if indeed we share in his sufferings in order that we may also share in his glory.” (Romans 8:17)  Did you catch that?  “If we share in His suffering,” – in his agony over a lost and estranged world – then we share as well in the glory of His redeemed world.  When we, with Jesus can point and declare, “This belongs to God!  And this,  and this as well!”. . . then the world will be righted and “the King will say… ‘Come, you who are blessed by my Father, inherit the Kingdom prepared for you from the creation of the world.”  (Matthew 25:34)

10 thoughts on “Everything is ours”