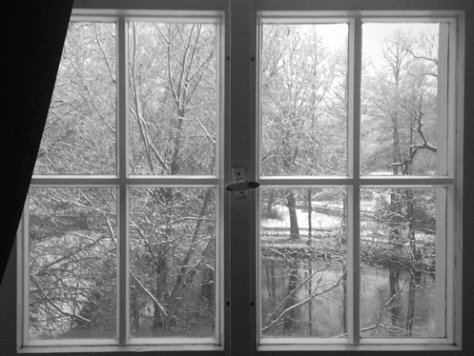 Having abandoned my post right through the presidential campaign and it’s aftermath, it’s probably time to dispatch a few thoughts on the eve of the “Mayan apocalypse”.   A good chunk of this three month silence has been due to a heaviness in my heart that’s bordered on depression.   Though I hate to admit it, the politics, injustice and deception of the world are sometimes more than I can bear, and it’s tempting to give up and dream of an easy way out.   After a week of unimaginable horror, disingenuous politics,  religious crazies, media sensationalism, and my Mother’s deteriorating memory, I almost wish I could believe in the Rapture end-game, or the Mayan apocalypse.  But I can’t.  I believe in the Kingdom.  I believe in hope for this world.  I believe the wolf will lie down with the lamb, that men will beat their swords into plowshares, that darkness and deception will be scattered by the light of God’s glory, and that peace will reign on the earth.   I believe that the Christ who came as a man is the King of a Kingdom that is silently growing in our midst.

Satan seems to busy himself with two great lies regarding the end times.  The first is that Jesus will never return, that the whole thing was only a fairy tale in the first place.  This is the lie he whispers to the unbelieving world.  “No worries.  None of it is real, so just carry on as you were”.  But the second lie gets air time right from our pulpits: “Jesus is coming to snatch you away from this cursed earth and to take you to heaven where you belong”.   This is the lie of gnosticism cloaked in the religion of the “Rapture”.   The trouble is, the “Rapture” is neither a victory for Jesus nor for us.   In the end it persuades us that Satan has so ruined the neighborhood that God’s only option is to burn it down and move us all to a “nicer community”.   What a lame ending to an epic story!

No… the real ending is full of triumph and glory, where the King vanquishes his ancient foe, brings heaven to earth, and restores all things back around to the way they were intended in the first place.   That day is on it’s way.  It began the moment the Son stepped into human flesh, and it will be consummated the day he returns to the earth He loves.   When the sun comes up tomorrow, know that the King stands towering over His creation, determined to keep His promise.

“For behold, darkness shall cover the earth, and thick darkness the peoples; but the Lord will arise upon you, and his glory will be seen upon you.  And nations shall come to your light, and kings to the brightness of your rising.”   (Isaiah 60:2-3)

11 thoughts on “On the eve of the apocalypse”