It’s been a delightful week here in Kona, (The University of the Nations), in a class of wonderful students grappling with the Kingdom of God. 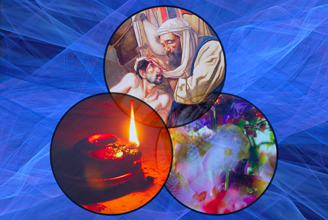 That’s a fair summary of what we did in class this week:  We examined beauty, truth and goodness, identified them as reflections of the Trinitarian God,  surveyed a few of the ways these absolutes are under attack, and reminded ourselves that the Father of Jesus will not be satisfied until every lost glory of His Kingdom is restored.   And that, I believe, is a true education.

One thought on “Missing Pieces: goodness, truth, and beauty.”